For those of you who are unaware of the current events that are taking place within the freestyle scooter community at large, the official Nitro Circus World Games are about to take place, and so there are countless top ranked professional freestyle scooter riders out there, who are practicing and preparing for the upcoming events, while simultaneously finally receiving the opportunity to ride the Nitro Mega Ramp for the first time in their entire lives. One of those lucky riders being Lucky Scooters very own pro team rider, Cody Flom, who just recently rode the ramp for his very first time, and documented the entire experiences so that he could share it with all of his beloved family, friends, and fans on his personal YouTube channel. 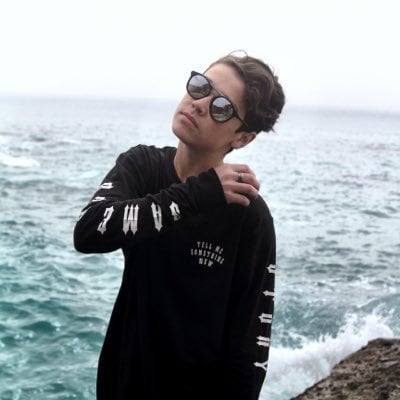 Cody has been one of the hardest working freestyle scooter riders in the entire sport for quite some time now, so it came as no surprise to any of us over at Lucky Scooters when we found out that he had received an official invite to compete in the Nitro Games. However, we weren’t expecting him to have such a successful first round on the mega ramp, especially considering how massive the ramp just so happens to be, but Cody, in typical Cody fashion, shocked all of us with his uncanny ability to adapt to his brand new circumstances rather quickly. In fact, it sounds like he was even able to roll away from a couple of world’s firsts during his time spent on the mega ramp, which definitely makes this latest and greatest YouTube video release of his one particular video that none of you are going to want to miss out on.

If you have yet to see this brand new video upload from Cody than I would do yourself a favor and pop a squat and get comfortable because the tricks that he is throwing over the mega ramp are guaranteed to keep you entertained for the remainder of the day. I haven’t had the opportunity to see what some of the other Nitro World Games contenders are attempting over the mega ramp, but after witnessing all of the tricks that Cody is throwing over it, I think that it is safe to say that everyone else certainly has their work cut out for them. 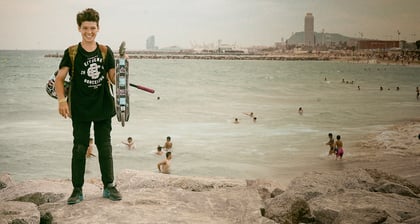 Anyway, I think I speak on behalf of all of us when I say that I couldn’t be more excited to see the amount of progression that the entire sport of freestyle scooter riding experiences as a direct result of the Nitro World Games. However, for the time being, I would definitely check out this newest video of Cody’s and make sure to subscribe to his YouTube channel to stay up to date on all of his latest content. Also, make sure to stay tuned right here at the Lucky Scooters blog for more awesome team rider videos just like this particular one, along with any and all other future Lucky Scooters news, content, and updates.

In need of scooter parts? We've got you covered! Shop HERE!

Lucky Scooters | How To Travel With A Scooter