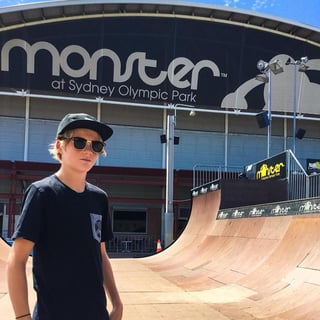 Derek Marr is considered to be one of the highflying, combination kings of the Lucky Scooters regime, and the sport at large. His uncanny ability to soar through the air, while maneuvering some of the craziest scooter tricks that the world of freestyle scooter riding has ever seen is simply remarkable. He can certainly out bar spin just about every other scooter rider on the planet, which explains why you see so many of them in his latest and greatest video, entitled: “Aussie Adventures”. Derek recently had the luxury of taking a trip to the land down under, also known as Australia, which is where he was able to meet up with long time friend and filmer, Chris Russo. The two of them clearly spent some extremely productive time together because they were able to produce this phenomenal video as a result of it. I must say that Chris’s filming and editing are just as on point as Derek’s riding in this project, which makes the overall showcasing of Derek’s abilities that much more accurate. Derek is a mad man with a mean bar spin, and this video has plenty of them scattered through out it. The fact that this little guy is as young as he is and is riding at the level that he is riding at is simply daunting to me. I am almost concerned to see where he is at with his abilities at age 18. 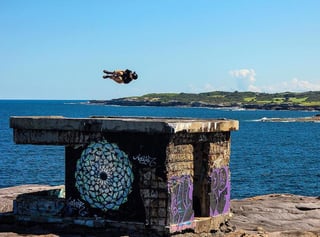 This video features plenty of excellent lifestyle footage and a huge variety of different locations, obstacles, and tricks, which is a rarity to come across in most scooter edits, nowadays. Derek definitely pulled out all of the stops in order to make this video great, which is what every scooter rider should be doing with their personal projects. I still cannot get over how fast this dude can flick a bar spin. I am a huge sucker for his flair bar spins, as well. I don’t think that I have ever seen someone do one of those on a street obstacle before, but Derek somehow made it happen. The one thing that I can promise all of you is that you will want to keep an eye on this kid in the near future because he is destined to do some remarkable things, and he will certainly be making a lasting impression on the sport of freestyle scooter riding. Hats off to Derek Marr and his filmer, Chris Russo for creating such a beautiful piece of work. This video is jam packed with innovative scooter tricks that you aren’t going to want to miss out on, so be sure to take a seat, relax, and enjoy a little piece of freestyle scooter history. Also, be sure to stay tuned right here at Lucky Scooters for more team rider content and videos such as this video, along with any and all other future Lucky Scooters related news and events.