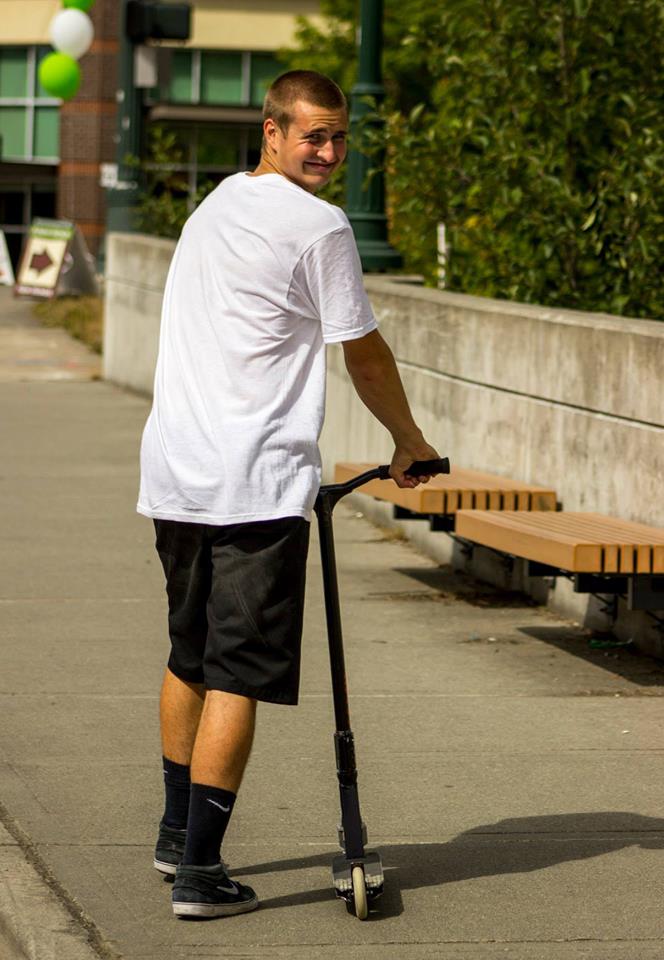 When it comes to Lucky Scooters, James Gee is as OG as it gets. James has been with lucky since the grass roots days when everything was being done in the owner's garage. James has been there from the beginning, which is why an interview with him is so imperative! So here it is, the James Gee interview. Check it out and enjoy kids!

Blake Bailor: What's up James? Can we get an introduction for all the scooter homies?

James: I have been riding for 8 years now and have been with Lucky for probably 5 or 6 of those years. Loving every second of it.

Blake: How has the brand evolved over the years?

James: It's evolved a lot. I knew the owner of the company really well and we got along perfectly. He trusted my instinct when helping him out and I basically made the team and told him how the scooter industry worked at the time and what was cool. Lucky started as a more street company, but this was a full time job for some of the workers so we adapted to the market. We eventually started picking the whole street vibe up again and that is where we are at today.

Blake: That's awesome! What has been your favorite part about being with Lucky for so long?

James: Favorite part about being on Lucky is being so involved. Ever since the beginning I have been asked about things and they actually care about my opinion. I've helped with product like the 2014 Clover. I really wanted it a specific way and they worked with me to get it to where it is at today. Not saying i did it all, but they let me help out a lot. Being involved in a company that is really big means a lot cause it shows how much they care about me.

Blake: Very true! You are also a Co-owner of your own apparel brand as well, Can you tell us about that?

James: Yeah, i co own ADVCT scooters with Evan Yamada and Blake Bailor. Check us out at www.advctscooters.com. We just make apparel that we like and its for the scooter community just trying to give back.

Blake: That's rad. Definitely something kids should check out! What can we expect from you in 2014?

James:You can expect a yearly edit, hopefully some more trips and a lot coming out from ADVCT. Working in the Lucky office too so maybe a signature part (fingers crossed)

If you haven't seen James's latest video, check it out below:

If you haven't already, be sure to check out Lucky's grips!